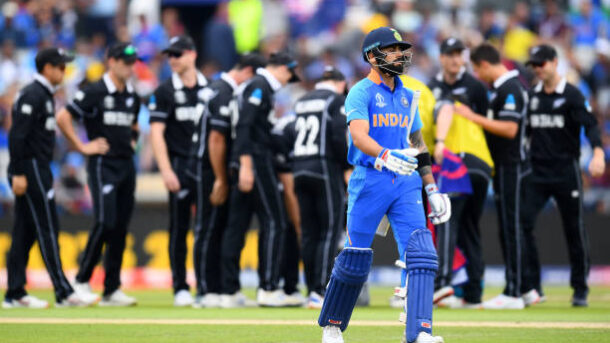 It has been 12 years since India won the Cricket World Cup in 2011 and the entire nation is eagerly waiting for India to make a come back and win the 2023 Cricket World Cup at home! The world cup is an exciting event for cricket fans. It’s the biggest international cricket tournament with teams from all over the world vying for the ultimate title – World Champions. This year, India will have the opportunity to host the tournament. The Indian team has been dominating in the past few years.

The team has been led by the legendary MS Dhoni and Virat Kohli, who have been instrumental in India’s success in the last decade. With their leadership, India has won many tournaments and has risen to the top of the international rankings.

The team has also been boosted by the addition of new players such as Jasprit Bumrah and Hardik Pandya, who have added a new dimension to the side. With such a strong lineup, India looks set to make a strong challenge for the trophy in 2023. The Indian squad is full of all-rounders, batsmen and bowlers who can take on any team in any format of the game. The batting line up consists of Kohli, Rohit Sharma, Shikhar Dhawan, and Shubhman Gill. The bowling line up has Jasprit Bumrah, Mohammed Shami, Yuzvendra Chahal, and Kuldeep Yadav.

With such a strong team, India is one of the favourites to win the 2023 Cricket World Cup at home. The team has the experience, talent, and determination to win the trophy and make the nation proud. It’s time for all Indians to get excited, as the countdown to the 2023 Cricket World Cup has begun. It’s time to cheer on the Indian team and help them win the trophy at home! 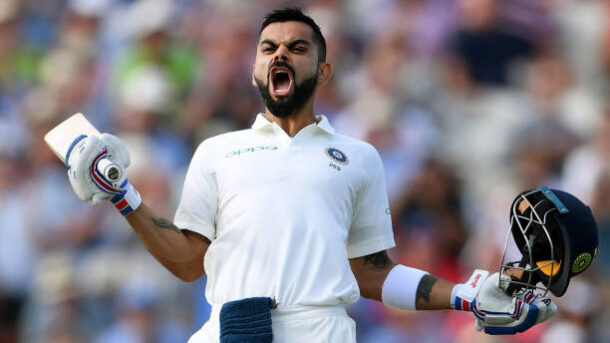 Virat Kohli – the undisputed greatest cricketer of all time! If you are an 18-year-old cricket enthusiast, you must have heard this name before. Virat Kohli is one of the most successful cricket players of all time. He has achieved some unbelievable feats in his cricketing career so far and is considered to be one of the greatest batsmen of all time. He is the only cricketer who has scored five centuries in five consecutive one-day international series, and has the highest batting average among all current players. Kohli has been a part of the Indian cricket team for over a decade now and his presence in the team is a testament to his talent. His batting prowess is unparalleled and his ability to score runs in crunch situations is remarkable.

He has scored centuries in all three formats of the game, which is a feat achieved by few cricketers. Kohli is also one of the most successful captains of the Indian cricket team. He has led his team to several victories and his leadership qualities are unrivaled. His tactical acumen and his ability to recognize the strengths and weaknesses of the players have been instrumental in his success. Kohli’s achievements and successes are also a testament to his unmatched dedication and hard work. He has always dedicated himself to the sport and has never shied away from putting in the extra effort to ensure the team’s success. Virat Kohli is truly the undisputed greatest cricketer of all time. His achievements, successes, and dedication to the game are what make him the greatest of all time. His presence in the team is a testament to his talent and his leadership qualities are unrivaled. He is a living legend and his name will go down in history as the greatest cricketer of all time!

Are you looking for the undisputed greatest cricketer of all time? Look no further than Virat Kohli! Virat Kohli, the Indian cricket superstar, is an inspiration to many. He is one of the most popular cricketers in the world, and with good reason! Virat has been playing cricket professionally since 2008, and has made a huge impact on the world of cricket. Virat Kohli has achieved many remarkable feats in his career so far. He is the current captain of the Indian cricket team, and has led the team to victory in many tournaments. He was the fastest batsman to score 10,000 runs in the history of ODI cricket, and is the only batsman to score a double century in the fourth innings of a Test match.

Virat is also the only cricketer to have scored more than 30 centuries in all three formats of the game. But Virat’s greatness goes beyond his performance on the field. He is an ambassador for millions of cricket fans around the world, who admire his leadership qualities, his commitment and dedication. He is an inspiration to all those who want to make it big in their chosen field.

Why he is an undisputed king ??

When it comes to the best cricket players of all time, Virat Kohli is the undisputed king. He is the only cricketer who has achieved such heights of fame and success in his career. Virat Kohli is an Indian professional cricketer and the current captain of the Indian national cricket team. He is widely regarded as one of the greatest batsmen in the history of the game and is considered to be one of the most influential athletes in the world. At the age of 18, Virat Kohli made his international debut in a Test match against Sri Lanka in 2008.

Since then, he has redefined the modern cricketing era with his aggressive batting style and his proactive leadership. Kohli has achieved incredible feats in all three formats of the game. In Test cricket, he holds the record for most centuries in a calendar year with 9. He holds the record for the highest batting average in T20 cricket and has the highest number of centuries in a calendar year in the history of ODI cricket. What makes Virat Kohli stand out from the rest is his ability to perform in pressure situations. He has scored centuries on the biggest of stages, including the ICC World Cup and the IPL finals.

Virat Kohli is a champion of the modern era, and it is clear that he is the undisputed greatest cricketer of all time. He is an inspiration for young cricketers who aspire to become like him. It is no surprise that he is regarded as one of the most influential athletes in the world. If you are an aspiring cricketer in your teens, be sure to take inspiration from Virat Kohli.